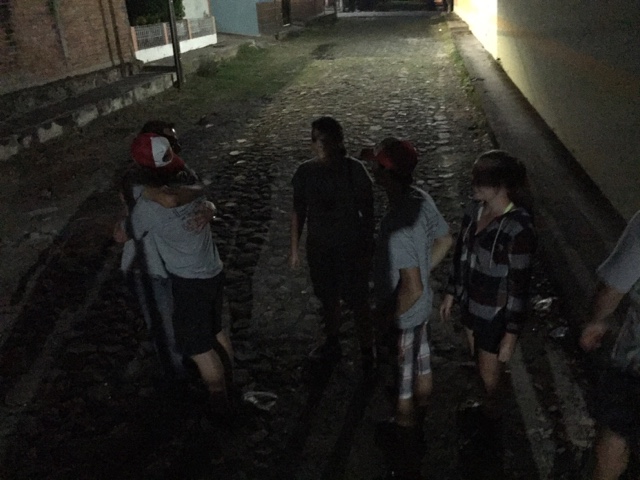 It can be hard to say goodbye. Especially after having shared an experience together. But when you've shared several experiences, the connection between you grows. This makes goodbye almost excruciating, a pain deep down within the soul that you just can't or won't let go. It's almost like the pain is a reminder of the relationship and so you don't begrudge carrying it. That's what goodbye's are like for me. This trip, this time it is another one of those gut wrenching goodbye's.

So...goodbye orange tshirt. When we first met at Old Navy you were bright and beautiful. Your $4 price tag misled and underdefined the legacy you leave behind. One trip to El Salvador turned into two, then three, then four, then...more and more. You were my constant companion on each of those trips. You always had my back...and front... Though you faded to an almost transparent hue of orange, you held me within the impenetrable seams of your shoulders. You have walked through valleys, across streams and up mountains. You have endured dirt, dirt and more dirt. No matter how hot the sun tried to shine...as try it did..you never let my brown torso get browner. You were no ordinary shirt. They say Father Time is undefeated. That nothing lasts forever. You endured beyond the point where other more expensive-fancy-namebrand shirts have wilted, ripped and worn out. If there was a hall of fame for tshirts, you would be in on the first ballot.  Not just because of your in the field accomplishments. But also for the tears you have absorbed on your shoulders, the children you have carried, and the congratulatory slaps  you have received upon your back. Let's not forget the constant wrinkling you have endured from all the hugs. Despite all of this, despite the blackening and hardening of your armpits, you gave everything until the end. You have shown yourself strong to over 60 team members, over 100 El salvadorian families. 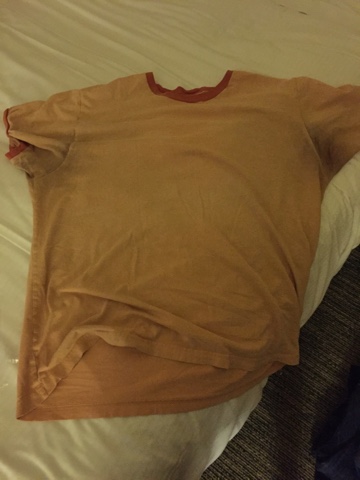 Deve
Posted by Deve Persad at 8:35 AM